Advancing Digitalization in the Healthcare Industry

Previous Next
Advancing Digitalization in the Healthcare Industry 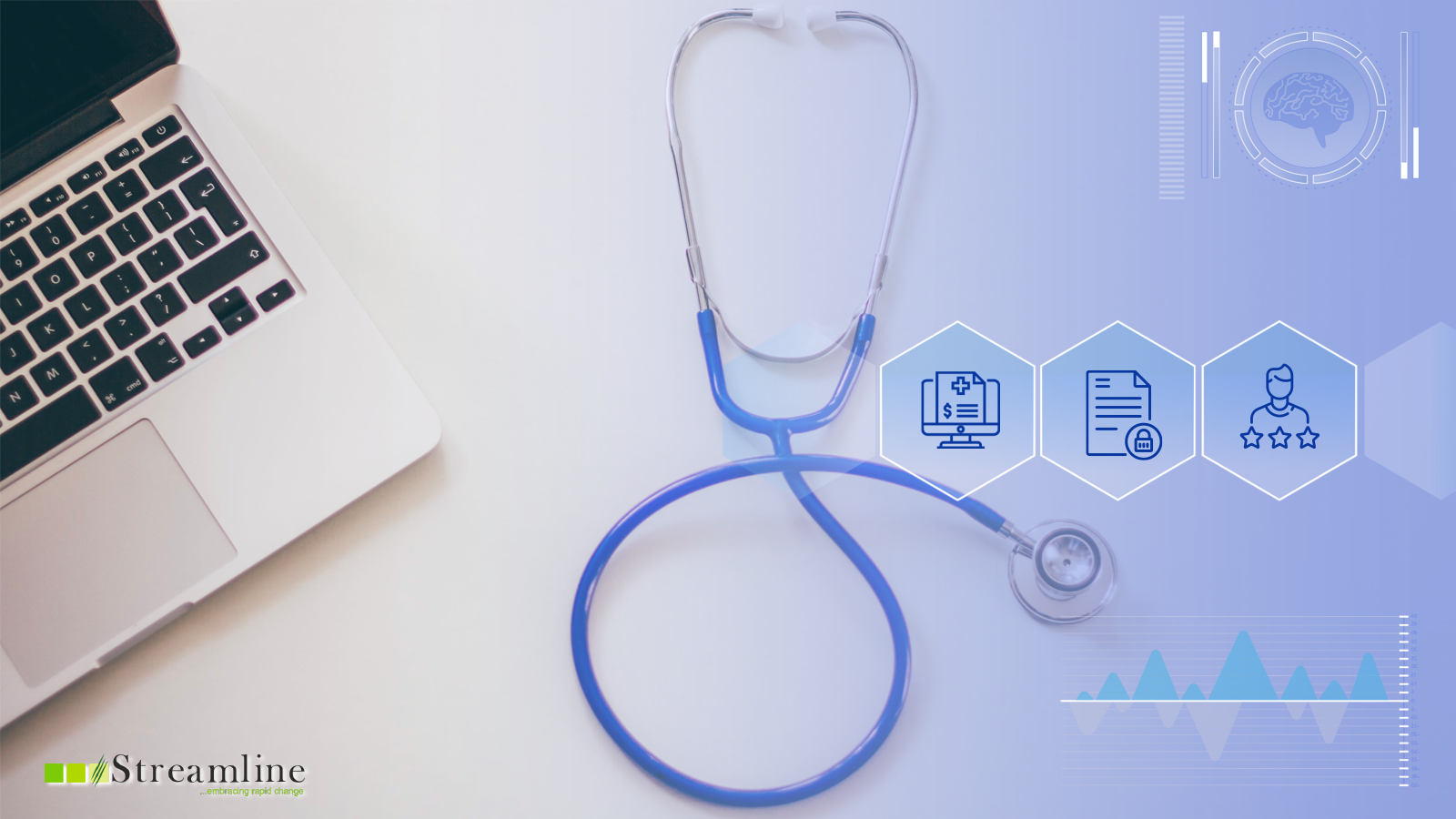 Retracing steps from the 17th century, automation technology has come a long way. There have been systems with automatic control devised for various functions such as steam engines, temperature control, and many more. Its acceptance in the healthcare industry has been especially commendable for saving costs, labor, and even lives.

While Advancement of Digitalization in the healthcare industry surfaces as a simple concept — using it to enhance individuals’ health and wellness — it’s a wide and thriving sector. Be it mobile health apps, artificial intelligence, ingestible sensors, or even wearable gadgets, one cannot move away from the disruptive technologies and cultural change in the healthcare industry.

At every step of the healthcare continuum, there has been a need for interpreted, action-oriented processes to advance decision-making, optimized treatment, and streamline workflows across the industry.
To drive digitalization in healthcare, it is of greatest importance to understand the relevant forces and the developments that will not only improve the degree of care but also streamline efficiency within the industry. To reform the future of healthcare, it is necessary to not only act on our ideas to transform the industry but also recognize the current issues that are shaping the market as we speak.

Factors that call for the digital advancement in the healthcare industry

In today’s ever-evolving market, healthcare executives are constantly looking for ways to cut down the industrial cost across the board. Technology offers a key advantage to quick adopters by automating some of the most significant medical cost-drivers, without sacrificing the quality of care. The emerging technological solutions produced include innovative software and algorithms that could be substantially cheaper than devices or drugs and have a positive effect on industry bottom lines.

When it comes to data security, the healthcare industry is not progressing as rapidly as it should. The lucrative nature of the healthcare data can be valuable to a motivated cybercriminal, and it is about time that we begin to pay more attention to it. Healthcare systems collect various personal details of the patients that include their names, family records, date of birth, social security numbers, payment details, their current conditions, and ailments, and so on. Any combination of these fact can be very relevant to a hacker, and extremely harmful to the victim who got them stolen.

A survey of approximately 500 healthcare professionals on “Top Challenges for Medical Practices” reveals that revenue lost from broken appointments was the topmost challenge with up to 50% respondents voting for this. Not just that! From laid back response rate to lack in efficiently reaching out to the patients, from not being able to keep patients’ updated contact information to not enough staff time to call the patients were some of the other voted challenges. In a time when users want things at their own convenience, on their own time, and wherever they happen to be, these challenges can only be taken care of with digital transformations.

Here is what different companies have in store for us.

As a lot of well-established companies such as Google and Apple already have their sight set on the future of digitalization, there are a lot of thriving companies as well, which are attempting on make their way in the league. Not to forget, each company has their unique way of adding to the digital advancement in the healthcare industry.

For instance, Google — one with the most forward-looking strategy in the industry. Back in 2014, the brand had launched its health-tracking wearables — Google Wear and Fit.
Post that, Google had been putting a significant amount of resources into artificial intelligence for healthcare with its DeepMind unit.

Another instance from Google’s parent company — Alphabet with its health sciences unit, Verily also has various ongoing projects contributing to the healthcare industry such as:

Adding more to our list of companies trying to introduce new technologies, a clinical-stage medical technology company, Graftworx is also working towards an Internet of the Body solution that brings together medical devices and cardiovascular patients so clinicians can efficiently access their produced data.

We cannot let the Blockchain technology go unnoticed, can we?

We have another company – TrustedHealth that is leveraging the blockchain technology for healthcare. Through its processes, the company is aiming to securely digitize and decentralize the way patients choose treatment for specific situations in an absolute automation setting.

Conclusion: A long road ahead of us.

As we enter this new era of automation technology, it is encouraging to believe that all such technologies and systems are designed for an altruistic and wholistic purpose of enhancing the quality of care in the industry, more efficient processes, and reduced expenditure.

While we talk about all the theories, initiatives, and technology ideas, there is still so much remaining to be done and executed to bring a more significant change in the industry.